On 15th October, 2003, China launched its first manned spacecraft into space. The spacecraft was called “Shenzhou 5”. Yang Liwei, China’s first astronaut, was 38 years old then. The successful flight marked a milestone in China’s space project. China became the third country in the world to be able to independently carry out manned space flights. 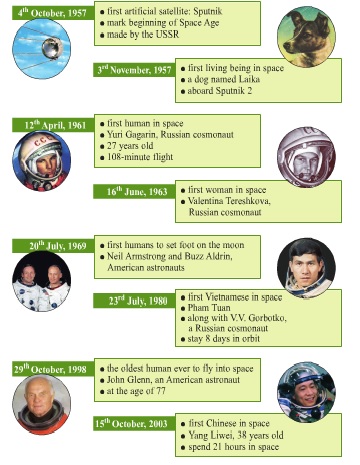 A: Who is the first Vietnamese to fly into space?
B: That’s Pham Tuan
C: With whom did he go along into space?
D: He went with V.V. Gorbotko a Russian cosmonaut.
A: How long did he stay in the orbit?
B: He stayed 8 days in the orbit.